The Secret Life of Microbes- Are Parasites controlling your Thoughts? 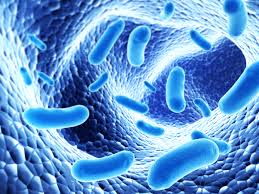 In a way you could call the next topic “mind control through parasites”. “What? That sounds crazy,” you might say. Now, here is the thing: parasites are living organisms that have their own thought forms. If you have ever done a parasite cleanse and felt like you were dying, it probably was never you feeling close to death, but those little microbes that were getting killed off and sending out the signal of “I am dying”.

I unfortunately contracted a really nasty parasite during my travels in 2012. That little bugger first started telling me what to eat (lots of sugars, yep, that’s what he wanted!). And then every time I set up an appointment with a health professional or to work on my unconscious beliefs of why I attracted this little guy in the first place (microbes will only stay in your body if you have the matching programs, but more on that later), I kept hearing “You don’t need that.”, “Everything is taken care of already”, “You’ re fine”, “Cancel the appointment.”, “You’ve been working so hard and just want to stay home and sleep”.

Luckily I knew it was the parasite talking. The parasite needed my body as a host to survive, and me doing my little cleanses, taking supplements, adjusting my diet and changing my beliefs was the best and fastest way to get him out of my body- and killed. So he was trying to do everything to prevent that from happening.

Yep, microbes are very smart and they have figured out ways to survive in our bodies. They can control their host by sending out thought forms and even creating unusual behavior in their host.

Because otherwise, why would a parasite infected rat throw herself in front of a cat to be eaten?! Ha, now I got your attention.