A serious illness in my early twenties pushed me back on the spiritual path. The doctors diagnosed with an “incurable disease” that I supposedly “had to live with until the rest of my life”. Luckily I was an Indigo child, stubborn and not taking no for an answer. Thanks to a naturopathic doctor in Germany I was completely cured within weeks.

Having had the illness, dealing with the diagnosis and then the healing, I came to realize that nothing is impossible. I also came to realize that the symptoms I was experiencing were connected to something much deeper. At that time I was attending a school I didn’t like and thought that it was the only way to receive the degree I desired. I kept pushing through even though I was so unhappy. Since I didn’t listen to what my inner voice and my soul were telling me, my body started reacting. It gave me an illness where I finally had to start paying attention.

It was in that realization that I began to research for an answer the connection between body, mind and soul, and I came to believe that there is nothing such as incurable, that it is our environment, our unconscious mind and the way we live our life that can heal or create sickness in the body.

I started reading one book after the next. From Wayne Dyer to Louise Hay, Ruediger Dahlke and Diana Cooper; Lynn Andrews, Ester & Jerry Hicks, Deepak Chopra, Terry Lynn Taylor, Iyanla Vanzant, Marianne Williamson, Doreen Virtue, Julia Cameron….you name it! I enrolled in meditation and yoga classes, workshops, certification trainings….studying everything I could get my hands on and that excited me.

Since then, have done thousands of healing sessions and worked with clients all over the globe. I have taught and lectured internationally mainly Europe and the Philippines), written numerous articles for magazines, being interviewed on radio and TV, and had three of my books published.

Over the past couple of years I have felt the urge to make what I have learned available for a larger audience. I want to share what has helped me heal and open up my spiritual connection as well as empowered me to step into my gifts.

Together with my husband Jivananda we founded the Avaitria Akashic Academy offering online programs for anyone who is ready to step into the spiritual path of awakening to their highness truth. 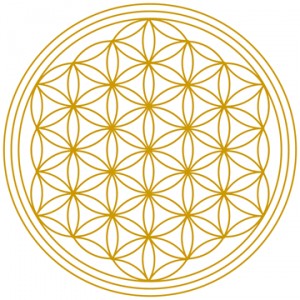 “Kristie is a magnificent healer – in so many ways. She has a very wide and deep knowledge of various healing techniques and combines them all into one for a most powerful healing. She guides you and holds your hand through the whole process making it very comfortable and peaceful. I have experienced a number of different healings and I definitely felt like her healing was particularly powerful and meaningful, and has changed my life, for the better in many ways.”

“I want to thank you for sharing your wisdom with me yesterday. I’m sure it will be no surprise to you that I woke up this morning and the ezcema is virtually gone. It is described in a book, ‘Your Body Speaks Your Mind’, as a source of something that is itching to get free, to break out of familiar or restrictive old patterns, boundaries that are feeling threatened. I came to the conclusion that because I could not take on anymore of other’s stuff, I was needing to use gloves to protect myself from obsorbing that. It already feels so wonderful to have that changed in my life- thank you, thank you!”