Healing the Fear of Loss 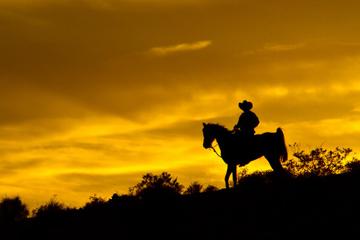 “A while ago, I went from relationship to relationship, being unable to find a partner who wanted to commit. On top of it, every time I was in a relationship there was this deep sense of loss that I felt. Whenever I was dating someone and that person would leave my house to go to work or drive back to his place, I would feel intense fear, anxiety and loss. That feeling would usually continue until we’d see each other the next time. Also, having the feeling of loss would usually result in me “losing” the relationship again.

The fear and anxiety became very overwhelming and I saw Kristie for a session. Accessing the Akashic records, Kristie saw a past life in the Midwest during the late 1700s. She saw that I was engaged to the man I was in love with and we were planning on getting married. She saw a scene where we said good bye to each other as he had to leave town for business. He was killed on that trip and never came back.

That memory had not been healed and it created anxiety in every relationship I went into. It also created the belief that if I committed to someone, if I loved someone that I would lose that person. The fear I felt in relationships created in a way a boundary to not let people get too close to me.

The person I was engaged to in the past life and I also had promised to only love each other and no one else, which created an energetic marriage that was still present in this life and prevented me from calling in someone who I could commit to and who would commit to me.

Kristie did a clearing on the past lifetime…she cleared the trauma from the loss and the fear and expectation of losing my partner again. She also finalized the energetic marriage from that lifetime as well as the promise to only love that person and no one else. Then we brought in the feeling of freedom and trust to love again.

Within days the anxiety was completely gone. And a few months later I manifested a beautiful relationship.”

(All client stories are published with the permission of the client)